Sakhiya nach is an old ritual and culture of Tharu people in Nepal. It is a particularly special Tharu dance prepared only by women and is performed in Bhadra month ( Fasting day called Atwari, which is on Sunday) which must finish before the full moon of Dashain festival.

Atwari is the first day, they pray to God Devata and dance by using Kabali batiya, Lahara (chauri) and Majuriya.

It is absolutely necessary to complete this dance which is lead by female Guruwa , also called Aguwa. The female guruwa (leader or head or Guru) would be attending in this dance and gives the permission to dance which runs almost 40 days ( one month 10 days). During the dance period, even if the other women of the group leave, the female guruwa will complete this dance alone. They have two lines of women, maybe 15 to 16 or more in one line, depending on the number of women in the village and their interest to play the dance. The man will only participate by playing the

They have two lines of women, maybe 15 to 16 or more in one line, depending on the number of women in the village and their interest to play the dance. The man will only participate by playing the madal from the side. All the participate women wear the same dress. Guniya ( long skirt) and Choli (blouse), black or red in color with a ribbon on the head and hand and adorned with traditional jewelry on the arms called Tadiya. Jewelry for a necklace, earning, and are always silver and also anklet bells called Ghunguri on the leg. If the women leader dies during the performance time, then it is the form of belief that perhaps the god will be angry and the Sakihya narch is not performed again. As is the case in Thakurdwara Village, Bardia, some 28 years ago (2004 while writing this note), this dance has not performed since. As none of the women are prepared to take on this role, they fear potential reprisals from the gods as this is a bad woman, that the same fate may belie them.

This Sakhiya Nach covers the history of God Krishna Leela and the main aim to perform this dance is to enjoy each other, make the whole village in happiness rather than quietness. 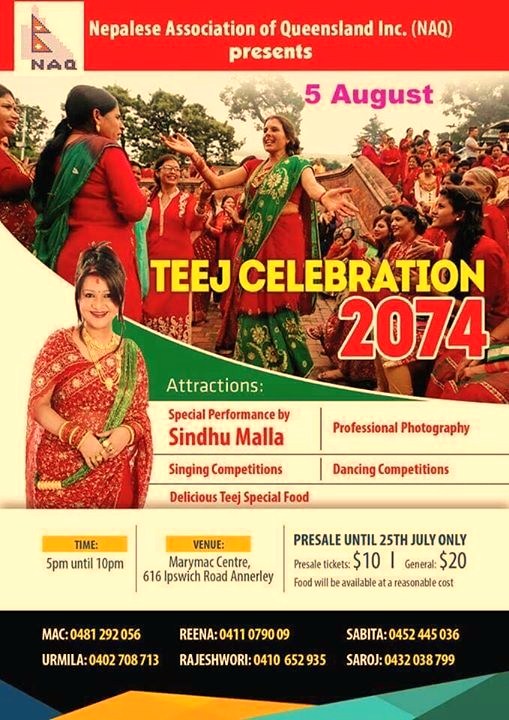 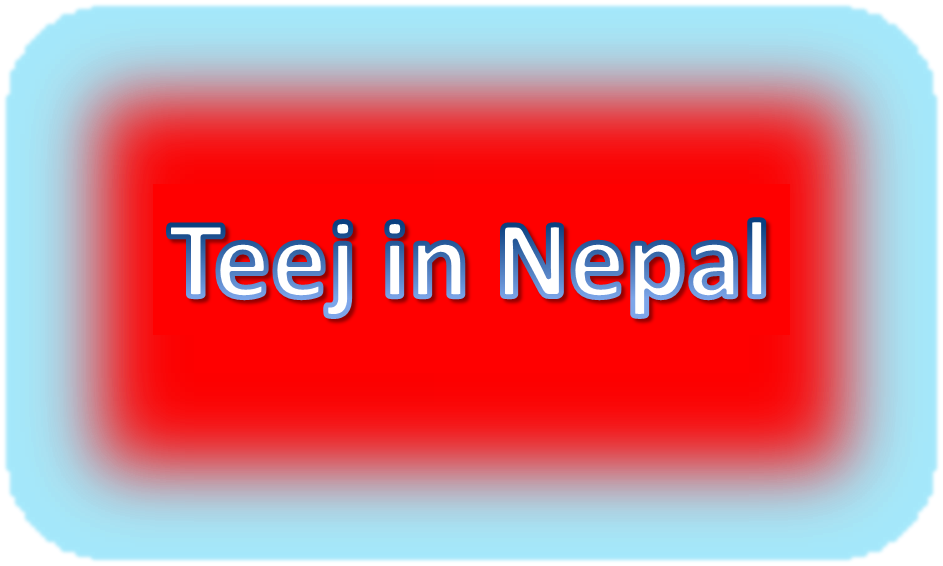 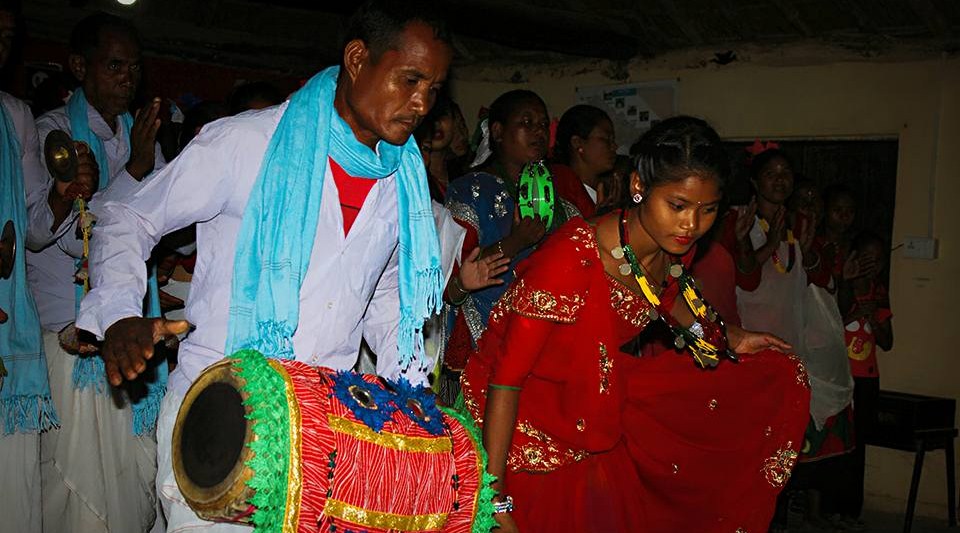